The trek to the lost Incan city of Choquequirao is one of the most difficult in Peru. From the town of Cachora, located 161km west of Cusco, it’s an 18km walk to Capuliyoc Mountain, then down to Playa Rosalinas, where travellers camp for the night. Waking early, trekkers then have to cross the Apurímac River and traverse 8km of gruelling uphill switchbacks to reach the campsite close to the ruins. Then, the next morning, it’s another 2km hike up to the ruins themselves, 3,100m above sea level. To get back? Well, it’s the same way you came.

“I’ve had people in their 60s and 70s do it,” said Juan Barrios. “[But] some people come out thinking that because it’s only 28km from the drop off they can do it in a day. Six or seven days for the trek is best.”

It makes sense, then, that Choquequirao draws only about 30 people a day during the high season (June through August). Compare that to the 2,500 people who arrive each day at the famed Incan city of Machu Picchu.

But for those who make the strenuous journey, the rewards are plentiful: lush wilderness, sweeping mountain views at every turn, and the chance to explore fascinating ancient ruins nearly alone.

Believed to be created around the same time as Machu Picchu, in 1445, Choquequirao is actually larger than its better-known, higher-trafficked counterpart. But very little has been written about Peru’s other lost city and archaeologists are still uncovering new parts of the ruins, leaving life on the mountain relatively untrammelled. Only about 30% of Choquequirao has been restored. 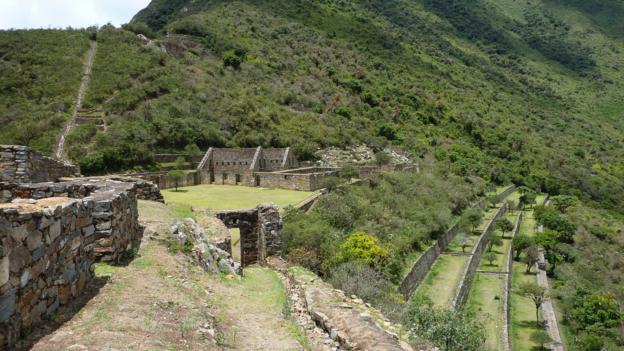 But the crowds may not stay away for long. Officials estimate that construction on the first cable car to Choquequirao will be finished sometime in 2016, shortening the several-day trek to a 15-minute tram ride. As a result, the handful of hikers that currently make the journey each week could turn into 3,000 visitors per day.

And campsite owners are already seeing an influx of trekkers following the August 2014 completion of the Puente Rosalina bridge, which spans the Apurímac River. Now tour operators can easily cross the bridge on horseback, instead of using a hand pulley system to transport them across the river one by one or hiring another set of horses to be waiting on the other side. 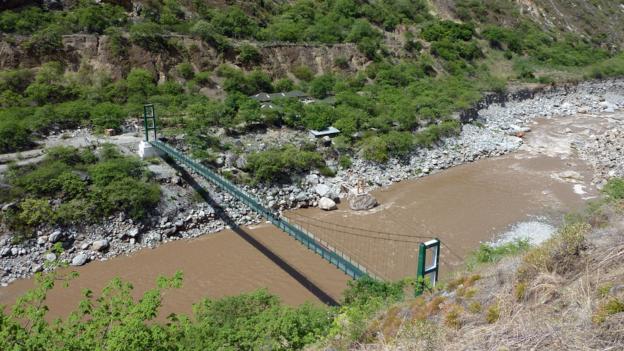 Considering the bridge took six years to build, some locals believe that the construction of the cable car is still a ways off. In fact, the completion date has already been pushed back two times. “Too much fighting,” said Julian Cobarruvias, the owner of the Santa Rosa Baja campsite. “Ego. One side wants this, another that.”

But one thing is for certain: Choquequirao is spectacular now because of how untouched and remote it is. Even though the lost city was discovered (by Spanish explorer Juan Arias Díaz in 1710, and excavations began in the 1970s, the ruins still make you feel as though you’re the first to find them. (In comparison, Machu Picchu was discovered in 1911, and excavations began the next year.) 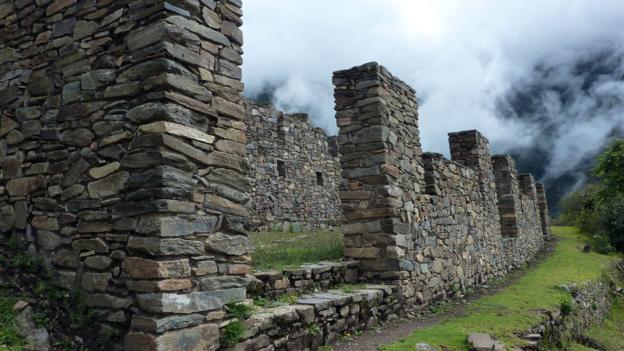 As I sat in the stillness of the morning, looking out over the ruins and the Apurímac Gorge, surrounded by snow-capped mountains of Ampay, Panta and Quishuar, I was amazed, not just at the beauty in front of me, but also with the power of the Incan Empire. I admired the detail of Pachacutec’s unfinished royal estate, which was divided into a lower and upper half. Everything was built with such precision: the water fountains made of large rocks, so they wouldn’t wear away; the houses with double doors to announce the wealth and power of their inhabitants; the flat slabs underneath the windows to store food for refrigeration.

The attention to detail continued down the stairway off the main plaza, where each terrace was decorated with white rocks in the shape of a llama. Llamas were used to transporting food and supplies to the slaves, and the images were created to show the Inca’s appreciation. Archaeologists have determined that slaves from the neighbouring villages, likely in the north, built Choquequirao, using vertical stonework and small stones (limestone and granite). 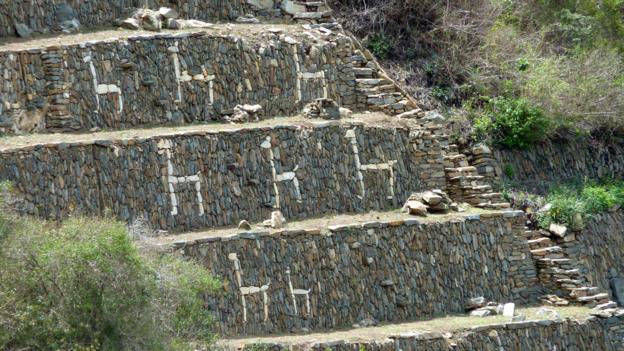 Each terrace was decorated with white rocks in the shape of a llama. (Cynthia Kane)

There will certainly come a time when Choquequirao will change; when cable cars are built, facilities are expanded and tourism is burgeoning. But for now, Choquequirao rewards the adventurous few who make it there with an intimate look at a lost city that almost seems never to have been found.

The ideal way to reach Choquequirao is with a guide. Adventure Life offers five-, six- and 12-day treks with groups of up to 12 people. Most tour companies provide nearly everything that trekkers need: tents, food, snacks, water, sleeping bags and walking sticks, and horses are used to help carry most bags.